This interesting alternative to the “Via Pigna” itinerary descends directly to the sea, allowing you to see more of inland Liguria, but has a challenging uphill section in the middle. Cyclists can follow itinerary 2 as far as the Bassa di Sanson junction, where they should turn onto the narrow road that leads down on the left. It soon becomes a long, sealed road leading to the mountain village of Realdo, and joins the main road not long after. The route continues down the narrow Valle di Verdeggia and subsequently along the left side of the Valle Argentina, then a gentle ascent leads to the magical village of Triora, famous for the witch trials that took place there in the late 16th century.

Leaving the village behind, the road winds its way to Molini di Triora, between steep ridges and partly terraced wooded spurs. From here, instead of heading to Arma di Taggia via the rather uninspiring road along the valley floor, we suggest ascending to Colla di Langan, among the thick woods, and continuing on the left, through a solitary landscape of woods and grasslands. Higher up, you will approach and skirt the grassy forked peak of Monte Ceppo, before reaching the Ghimbegna Pass, with a stunning view over the village of Bajardo. The settlement has Celtic origins and is characterized by the striking ruins of its old church. From Bajardo you can join itinerary 3 (Limone–Ventimiglia “Via Pigna”) via the rough road that leads down to the mountain village of Castel Vittorio, or better still, go through Apricale, a village resembling a nativity scene, and Isolabona, to emerge in Valle Nervia, just before Dolceacqua.

If instead you wish to continue from Bajardo towards Sanremo, a high road with sea views runs across the mountainside of Monte Bignone as far as the little village of San Romolo, from where it finally leads down to Sanremo, via a steep descent. Of course, you can also join the “Ciclabile del Mare” cycle route from Sanremo to enjoy the Ligurian coast, both eastward as far as San Lorenzo al Mare and westward in the direction of Ospedaletti-Ventimiglia. Itineraries 3 and 4 – for the return journey, you can take the train from Ventimiglia to Limone-Cuneo, to which you can also connect from Sanremo. Another option is offered by the inter-regional trains to Turin via Savona and Ceva, on which passengers heading to Cuneo or Limone must change at Fossano. Alternatively, you can book the return journey by minibus on www.cuneoalps.it. 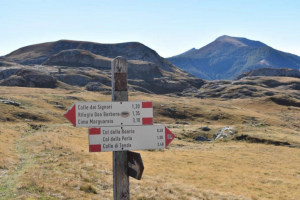 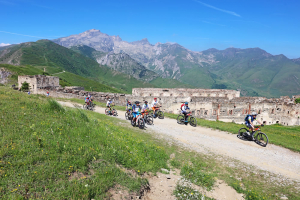 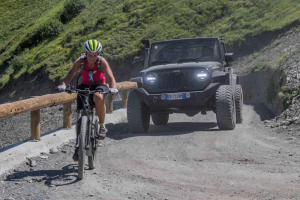 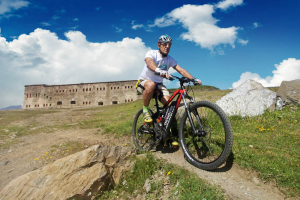 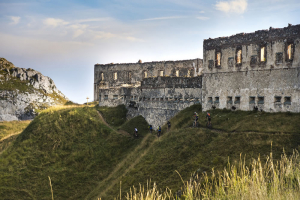