The Upper Salt Road is a spectacular unsealed former military road in the Maritime Alps that winds its way along the main Alpine watershed near the border between Italy and France, at altitudes between 1,800 and 2,100 metres. The route begins at the fortifications at Colle di Tenda, which can be reached from Limone Quota 1400 via a tarmac road with hairpin bends. After passing the Forte Alto, Forte Centrale and barracks, head east and you’ll soon reach the Cabanaira toll entrance, located by a ski-lift. Shortly after, you’ll cross the Colletto Campanin, with its fine masonry hairpin bends. The road continues, with gentle climbs and descents, on the Piedmontese side, and just before Colle della Boaria you’ll reach the spectacular, exposed hairpin bend, also known as Zabriskie Point cut out of the rock.

The route proceeds through the desolate Carsene region, with its flat rocky outcrops and meagre pastures, to the Don Barbera mountain hut, at Colle dei Signori, at the foot of Punta Marguareis. Hugging the mountainside, it skirts the grassy pyramid of Cima di Pertegà and enters the vast Bosco delle Navette a thick forest of towering conifers. About 1.5 kilometres after Poggio del Lagone (junction for Case dei Cacciatori), a forest track (no cars allowed) branches off to the left and leads down into the fir-wood, joining the road to Upega, from where it is possible to continue to Viozene and Ormea on a sealed road. For those continuing on the Via del Sale, back among the meadows near Margheria di Loxe, below the Tanarello Pass, ignore the high road on the right, and commence the descent towards Monesi di Triora, where the road is surfaced again.

Those wishing to continue at high altitude on the Via del Sale must climb the gruelling hairpin bends of the Tanarello Pass. Before the pass, you can make a detour to the lookout point at Monte Saccarello, Liguria’s highest mountain, and the monumental statue of Christ the Redeemer.

From the Tanarello Pass head south along the Mount Roja side, descending until the successive Collardente Pass. A short rougher stretch leads to the Bassa di Sanson crossroads, from where you can reach Briga and Tenda via a long and mostly unsealed road through coniferous forest. 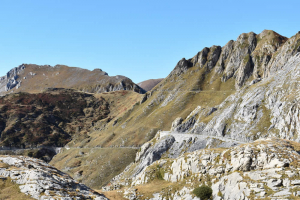 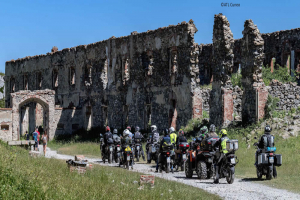 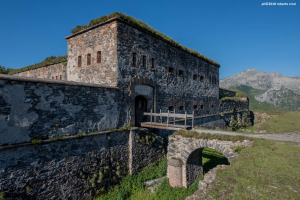 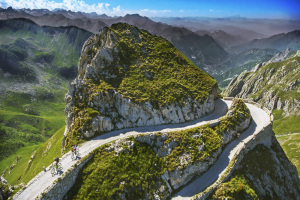 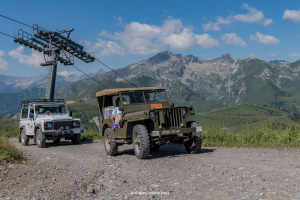